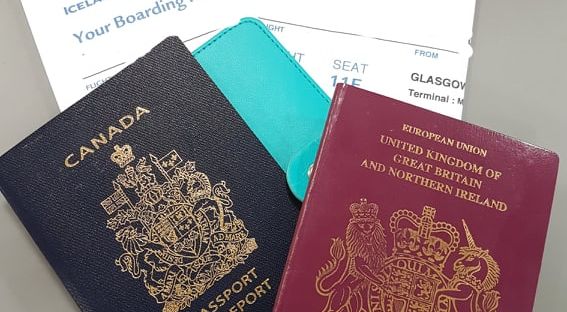 Today I bought the cheapest flight in my entire life.
$40 CAD.
How is this even possible?

As a Canadian, I have become accustomed to expensive travel. No, I am not talking about how much it hurts when we exchange our currency. I am talking about domestic travel.
The VIA Rail is beyond expensive for train travel, our buses are expensive in comparison to the rest of the planet, and don’t even get me started on how expensive domestic flights are.

It is really shocking when you see that I can fly from Toronto to Winnipeg for $383 OR I can fly to Amsterdam for $360 (I actually saw these on the same day once. Incredible.) Canada is a huge country. Many people don’t think it is until you realize that it takes 5 days straight on a train to go from East Coast to West Coast and this is forgetting how far to the North Canada stretches. However, me being able to cross an ocean for the same price as popping up to go to or see my own backyard brings to question: Why are Canada’s domestic flights are so freaking expensive?

Any snowbird (folk- normally retirees who run from the Canadian winters Southbound in their typical migrating fashion), avid traveller, or anyone who knows how to power up Google can tell you that crossing the border and flying from Buffalo, NY will likely save you hundreds on most destinations on the continent.

So, it becomes shocking to me when I look at flights within other countries. I plan to move to the UK next year, my “Home airport” will transition from YYZ to GLA- and granted that most flights I will take will connect through LHR, but flying within the British Isles, to Europe, and even to Northern Africa is dirt cheap to my humble “Domestic Flights in Canada” point of view.

I reiterate that I bought a $40 plane ticket.
No, I didn’t travel hack. I didn’t use any points. I was not flexible with dates.

I went onto my trusty Google Flights, input my date, it spits out a $40 flight from London to Glasgow. I was shocked. I stared at that number in disbelief. I was looking at train travel and it was going to cost 47 GBP and several hours of my life. In a “let’s just see” moment, I looked for flights. Holy Cow. For those wondering- I bought the ticket.

Why can I fly from London to Glasgow for $40 but Toronto to Ottawa is $134? Both itineraries cover major cities in their respective countries, and the Toronto to Ottawa flight is shorter by half an hour. These are for the same date, cheapest airline ticket possible and I looked them both up within 15 minutes of one another.
I also went as far as to make the Toronto Location flexible (Billy Bishop, Pearson, even Hamilton).

Now understandably, there is some algorithm somewhere that dictates these things. Consistency can make it so the airline can charge less. I am not saying that they are charging Canadians through their noses because we are a captive audience (I’m not saying it… but I am thinking it…).

Canadian domestic flights are getting better though. Thanks to budget airlines (finally) coming in and taking the monopoly away from the bigger players. Budget airlines also go to smaller, regional airports which can help get you closer to where you actually want to go.
Europe has had a long-standing system of budget airlines- though it is risky. Looking at what happened to WOWAir and Primera (I got off a Primera flight and the next week they filed bankruptcy… cutting it a little fine) can discourage people from buying budget and rightly so.

I book planes on the Ryanairs and EasyJets of the world but I understand that I am posing a risk when I do so. (I also won’t negate the fact that I have a fancy credit card that will cover me in such a situation.)

Even big players can go under- look at Thomas Cook. A HUGE player in the travel game that seemingly collapsed overnight and took several other branches of that tree with it really going to show how big of an industry travel/tourism is and how communities really rely on these foreign dollars.

I am hoping these Canadian “small” players are able to get a firm hold and force the larger players to lower their prices.
It won’t be overnight, but I foresee affordability the future for Canadian Travellers.

Looking for something specific?